No products in the cart.

ELM Board of Directors 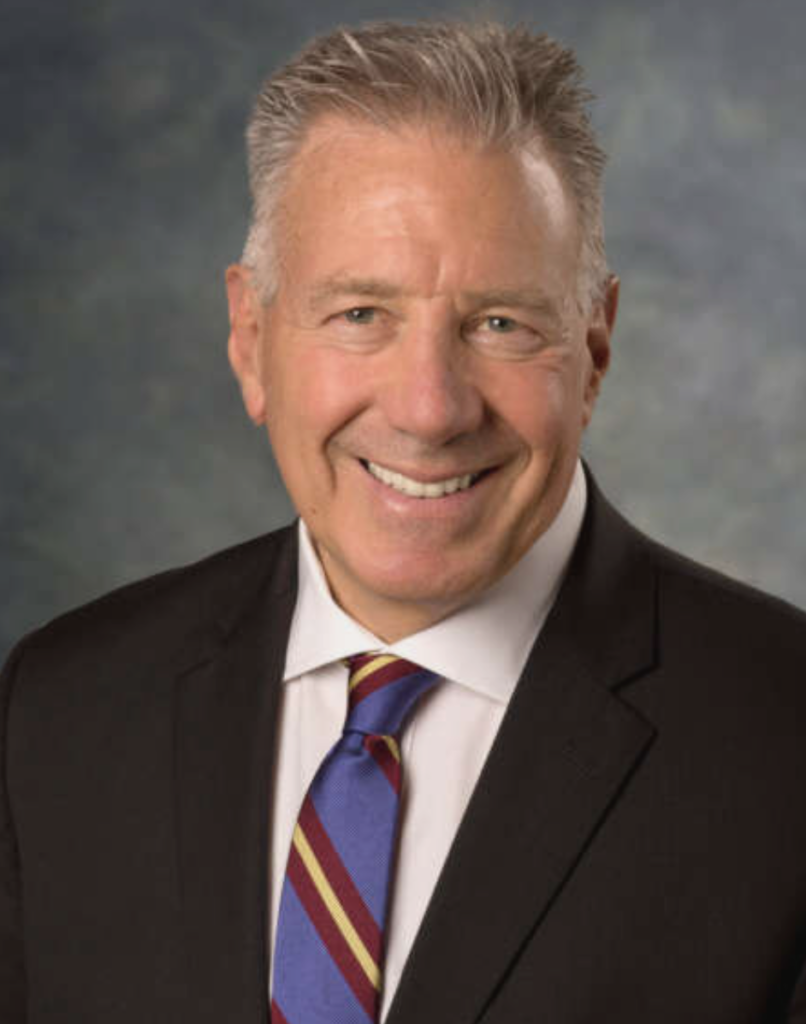 Don holds a Bachelor of Science degree in Mathematics and a Master of Science degree in both Mathematics and Secondary Education. He also holds the following Cisco certifications: CCNA, CCDA, CCNP-Voice, and CCNP-Security. Don has worked in the banking industry as a software engineer, has owned his own company offering software engineering services to corporations within the Pittsburgh, PA area and serves as a Principal Network and Telecom Engineer and Operations Manager at a well respected college. Don is the developer/webmaster for many online ecommerce websites. Don has a heart for seeing other succeed to their fullest potential and finding their true purpose in life.  Don has taught Mathematics and Computer Science at Penn State University and Youngstown State University.  Don also servers on several Executive boards which are dedicated to developing new business ventures within the New Castle PA and surrounding area. 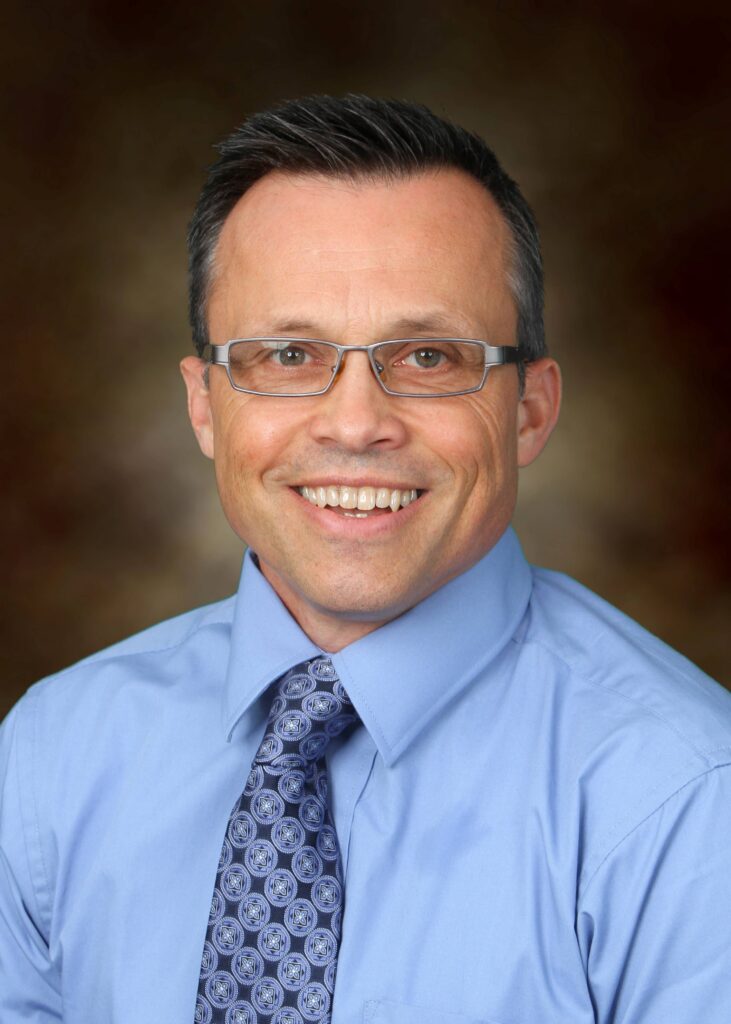 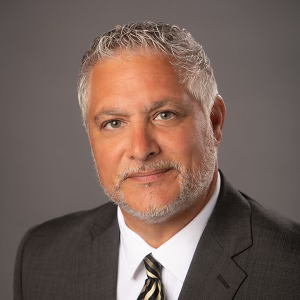 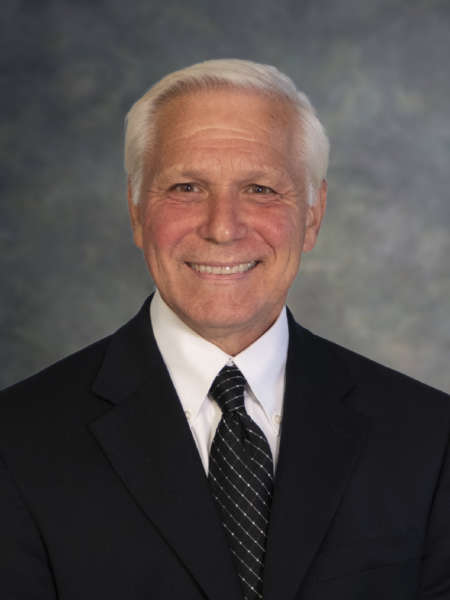 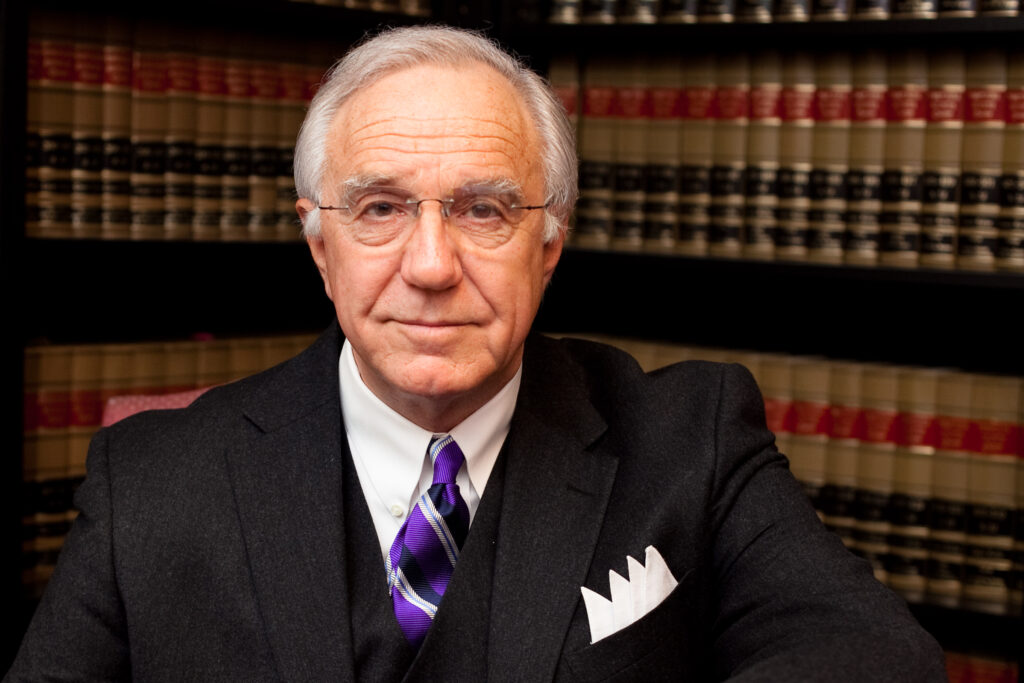 Alexander H. Lindsay, Jr. (Al) grew up in the Freeport/Butler area, north of Pittsburgh. He attended the Freeport Area Schools and graduated from high school at the Academy of the New Church in Bryn Athyn, Pennsylvania in 1964.

Al graduated as a History major from Washington and Jefferson College in Washington, PA in 1968. He was a 1971 graduate of Pitt Law School, where he was an Associate Editor of the University of Pittsburgh Law Review. Al returned to Pitt Law School in 1992 as an adjunct professor, teaching Trial Advocacy to law students.

In 1972 Al became the first full time Assistant District Attorney in the history of Butler County. In that position he investigated and prosecuted all types of violent and white collar crime. He also handled Juvenile Court hearings in Butler County and most proceedings before the various Indicting Grand Juries which were in session at the time.

His most significant work as an Assistant District Attorney in Butler County, however, was to investigate and prosecute public corruption. In 1974, he was appointed to supervise a Special Grand Jury investigation of allegations of corruption at the Pennsylvania Department of Transportation in Butler County. This investigation resulted in numerous indictments and convictions, including the convictions of William Casper, Treasure of the Pennsylvania State Democratic Committee, who was convicted of extortion, conspiracy, criminal solicitation and election law violations, and Thomas Tiberi, a former PA State Legislator, convicted of extortion. Other significant prosecutions that Al pursued while he worked as an Assistant District Attorney in Butler County included Joseph Markus, Director of the Personal Property Tax Bureau, who was prosecuted for embezzlement, and Leo Sarteschi, Chief Inheritance Tax Appraiser, who was convicted of bribery.

In July 1980, Al left the United States Attorneys Office and entered the private practice of law in Butler, PA, where his main office is located today. Much of his early work in Butler involved municipal litigation, and he was solicitor for a number of municipal governments. From January 1984 to March 1986, he was the Butler County Solicitor, from July 1980 to July 1984, he was the Solicitor for the Redevelopment Authority for the City of Butler. He was also solicitor for Cranberry Township in Butler County, one of the fastest growing municipalities in Western Pennsylvania.

Much of Al’s experience as a private attorney has been in the field of criminal defense and civil litigation, in both Federal and State Courts. He was involved in the defense of numerous high profile criminal cases, the most prominent of which was the defense of a Brentwood Police Officer, John Vojtas, who was originally charged with murder, as a result of the death of Johnny Gammage on October 12, 1995. In that case, through expert testimony, the defense refuted the proposition that Mr. Gammage died as a result of any conduct on the part of Officer Vojtas and successfully refuted the idea that Mr. Vojtas committed any misconduct. After a highly publicized jury trial, the Defendant, John Vojtas, was acquitted of all charges. Al also defended the Rev. Richard Rossi on charges of attempting to murder his wife. The trial ended with a hung jury.

Al has also been involved in numerous civil trials, including the case of Charles Wilken, Ruth Wilken and Janice Wilken vs. the Butler Motor Transit Company in which a Butler County jury returned a verdict for the Plaintiffs in the amount of $1,139,661, which was one of the largest verdicts ever paid in Butler County.

Al has received a number of awards in the course of his career, including a Special Achievement Award from Attorney General Griffin B. Bell, on March 6, 1978 and a Commendation from William Webster, Director of the F. B. I. He also served as the President of the Western Pennsylvania Trial Lawyers Association in 1998, and on March 13, 1999, Al was admitted as a Fellow of the American College of Trial Lawyers.

In addition to trying cases, Al has been Adjunct Professor at the University of Pittsburgh School of Law, teaching Trial Advocacy since 1992. He appeared numerous times as an instructor at the Attorney General’s Advocacy Institute for Criminal Trial Advocacy at the United States Department of Justice in Washington D.C. He also conducted numerous seminars on criminal procedure for State and Local police, and he was an instructor in Criminal Law and Procedure at Indiana University of Pennsylvania and Butler County Community College. Al served on the Criminal Procedure Rules Committee at the request of the Supreme Court of Pennsylvania for six years. 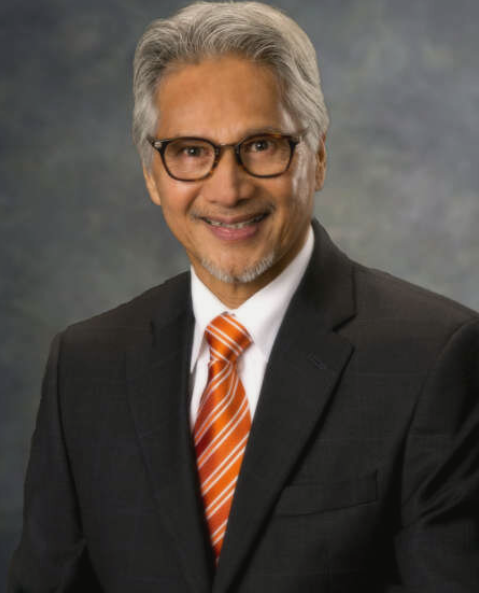 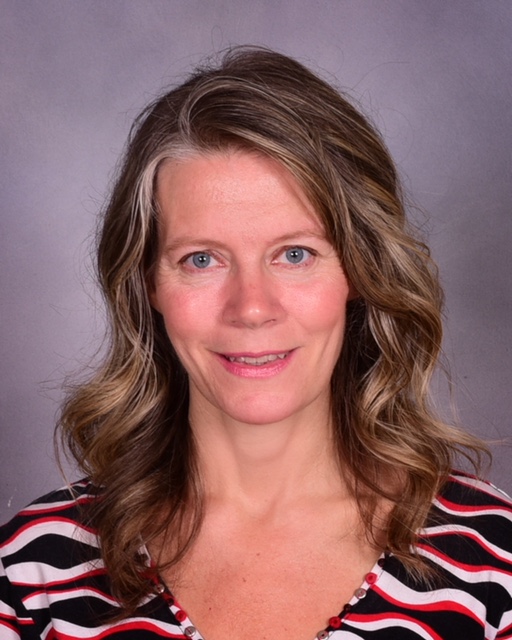 Robyn holds a Bachelor of Science degree in Elementary Education, She is a certified Reading Specialist, She has received a Master of Science degree in Special Education, a Dyslexia Specialist, and she also holds an advanced Orton-Gillingham certification.
Utilizing my Orton-Gillingham training, I have seen a young child with a 1% (one percent) working memory achieve results beyond what his neuropsychologist said he could achieve, after only working with him for one year. The neuropsychologist told the parents that the teacher had a special gift and they should continue to utilize my services. The neuropsychologist also said he has never, in all his years of practice, seen such great results with a person in this young boy’s condition.

Robyn has held the following positions

Lori has held the following positions

Matthew Mangino, Esquire, former Member of the PA Parole Board and Lawrence County 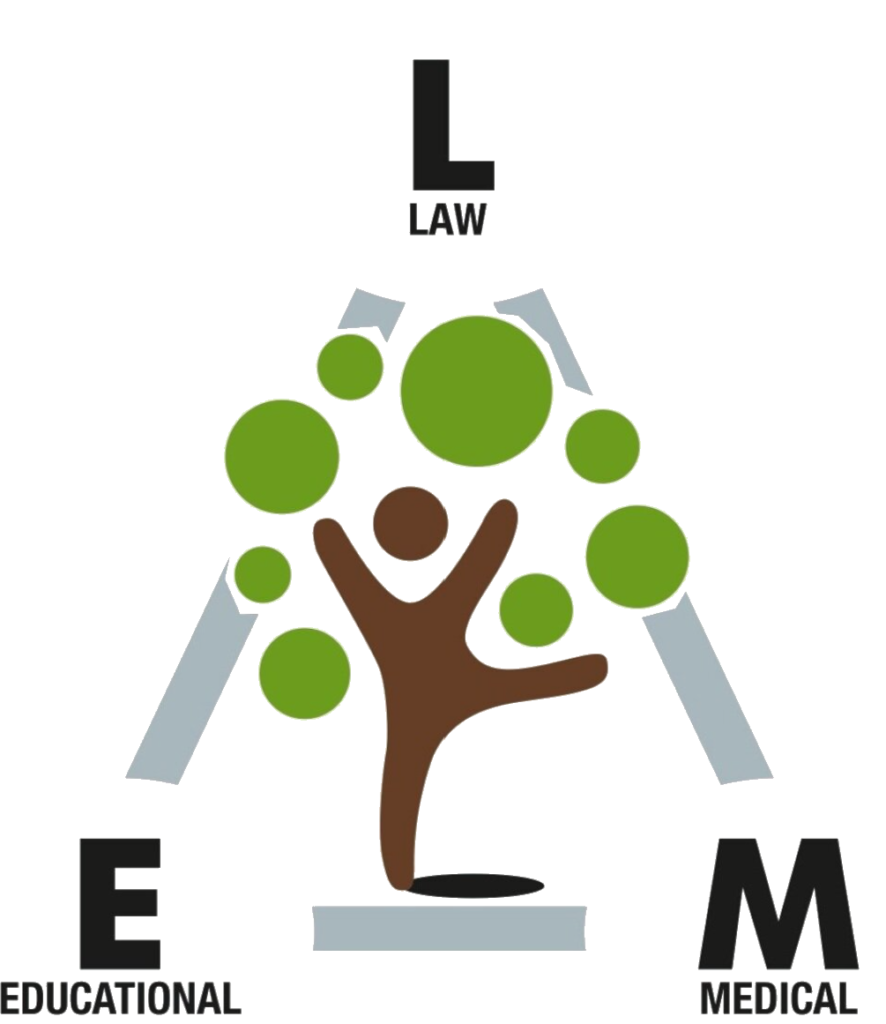 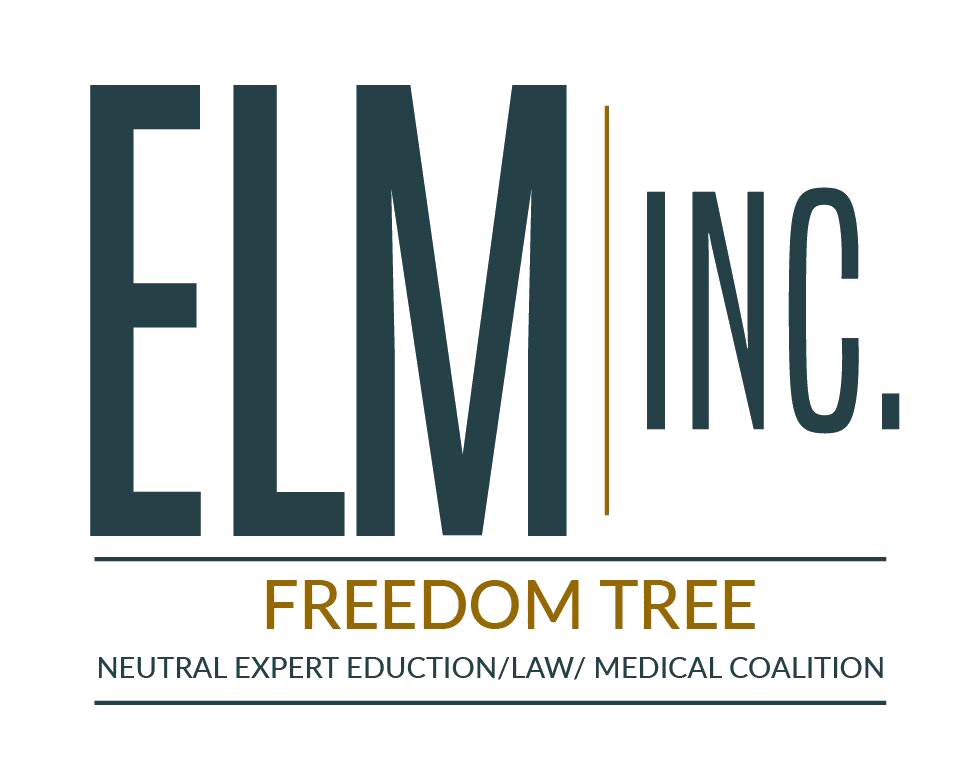 Please confirm you want to block this member.

You will no longer be able to:

Please note: This action will also remove this member from your connections and send a report to the site admin. Please allow a few minutes for this process to complete.

You have already reported this .
Clear Clear All
Skip to content